Home / What are RJ11 connectors? Everything you need to know

What are RJ11 connectors? Everything you need to know 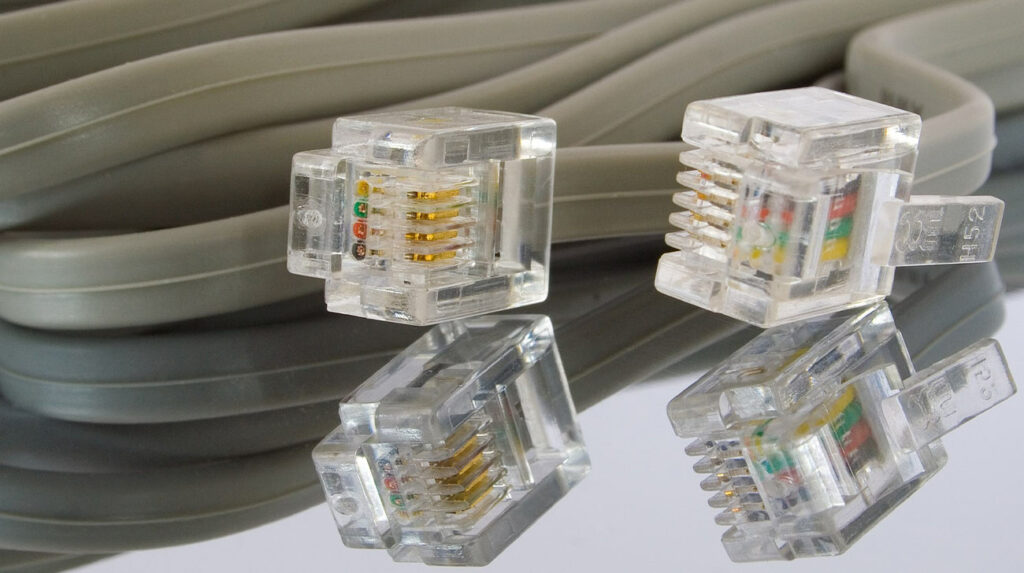 RJ11 connectors are one of the earliest versions of modular connectors. Nowadays, newer versions like the RJ45 are more widely used, but the Registered Jack-11 is still very common in the voice communication sector.

What are RJ11 connectors?

RJ11 connectors are one of the many modular connector types that are used for telephone, telephone connector wiring and networking applications.

It has 6 pins, of which typically only 4 are used. Its connectors are used in RJ11 jacks to connect telephone instrument and cable.

Early displaced from the network rack, it is now more commonly used for modems and landline connections.

Definition: What does RJ11 stand for?

RJ11 stands for Registered Jack-11. It refers to the physical connector, while RJ11 jack and RJ11 port refer to the port into which the connector is plugged.

What is the difference between RJ11 and RJ45 connectors?

The main difference between RJ11 vs. RJ45 connectors is the size and the number of wires they are used to carry.

Registered Jack-11 have 6 pins, but typically only 4 of them are used. Due to their size, they are most commonly used for telephone, fax machines and low-speed networking applications.

RJ45 connectors on the other hand, are bigger and widely spread in the networking sector for Ethernet connections.

They have 8 pins and are capable of carrying higher-speed data transmissions. This makes them ideal to connect computers, routers and other networking devices.

A quick look at RJ11 vs. RJ45 in comparison confirms this. While RJ11 cables and ports only manage about 24 MB/s, RJ45 ports can support up to 10 Gbit/s over Ethernet.

Last but not least: As RJ11 are 4-slot connectors and have six pins, you can not fit them into an RJ45 jack or port.