Home / What are RJ45 connectors?

What are RJ45 connectors? 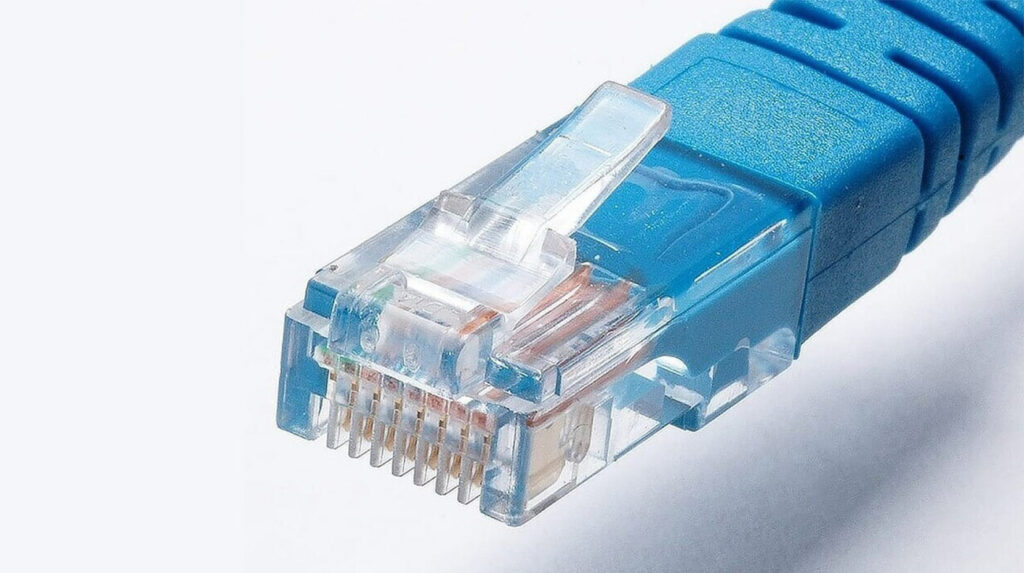 There are countless types of network connectors, with different characteristics, advantages and disadvantages, and purposes of use. However, one of the most common is the RJ45 connector, which we will now introduce in the following text.

RJ connectors were introduced by Bell Laboratories (USA) in the 1970s. A few years later, they were standardized by the Federal Communications Commission (FCC).

There are different versions of plugs and sockets in terms of shape and number of contacts. The categorization follows a certain scheme, which always begins with RJ (=Registered Jack). This is followed by two numbers that specify the type of plug.

In some cases, there is also an addition that refers to mechanical properties. For example, the “W” stands for “wall socket” or the “S” for an single connection.

In any case, the designation for a connector concludes with the number of possible contact positions (P, for “Positions”) and the number of contacts actually fitted (C, for “Contacts”).

In the case of Ethernet connectors, therefore, all eight available contacts in the plug are used. The term “ISDN connector” is also frequently used for the eight-pole modular connectors.

The RJ45 connectors are used for data transmission in networks. Other standards such as RJ11 are also used in telecommunications. However, these are primarily found in telephone connection lines.

What does RJ45 stand for?

The abbreviation RJ45 stands for Registered Jack-45. The specifications for registered connectors refer to the wiring patterns of the jacks and not to their physical properties. The number 45 refers to the number in the register.

If you want to be precise, you have to call it an “8P8C RJ45 Ethernet connector”.

8P8C means eight positions / eight contacts. It refers to a type of modular connector. This is normally used at the end of Ethernet patch cables. When attached to the end of an Ethernet cable, it is referred to as an RJ45 8P8C connector.

There are different types of RJ45 network plugs to buy. The main distinction is between the modular male and female versions. So what types are there and how do you tell them apart?

In short, plugs are male while jacks are female. The main job of plugs is to properly terminate the wires in an Ethernet cable.

Conversely, the job of jacks is to pass the electrical data signal to the device it is being shared with. Both are designed to fit tightly together. A connection is thus established. Both physically and electrically.

The sockets of the connectors are the recessed sockets into which a plug can be inserted.

They are often called (female) RJ45 sockets or similar. They are usually in the housing of the device you want to connect. Or else integrated into the wall and panels.

The male counterpart is modular plug-in components that are located at both ends of an Ethernet cable.

They are usually made of transparent, white, black or grey plastic. However, they can also be made of a wider range of other colours and materials.

High-quality RJ45 network plugs are sometimes equipped with a metal shield. This minimizes the risk of EMI interference. It also improves the quality and stability of the transmitted data signal.

How an RJ45 connector works

A crucial role in the functioning of such connectors is played by the pins. As already mentioned, there are two types of Ethernet LAN cables. Crossover and straight-through cables.

Most modern communication devices can automatically detect which type is being used. However, some still require the correct pin assignment of the cable.

Straight-through conductors are the most common. The pin assignment is the same. It does not matter whether it is Cat5e, Cat6 or Cat7. The different cable types offer increasingly higher transmission and reception speeds.

The eight cores of the cable are sorted in the desired assignment using an insertion aid and crimped in the connector housing. These cores are then assigned as follows:

As soon as two devices of the same type communicate with each other, for example between a computer and a computer, a crossover cable is always used.

One pair of wires is responsible for receiving data and the other for sending data.

However, crossover cables hardly play a role in Ethernet connections. In many cases, the connection is ultimately between active components such as switches, which recognize the connected devices and switch automatically.